20 years of euthanasia in Belgium

In May it will be 20 years ago that euthanasia was allowed in Belgium. Since then, 24,522 declarations of euthanasia have been registered. Euthanasia has been legalized for minors and some politicians want to allow it for people who cannot express their will. This way, the dignity of the elderly, people with dementia or who suffer from depression, disabled or sick people is systematically violated. It has also become clear in recent years that the Euthanasia Evaluation Committee doesn't function properly and that the concept of psychological suffering is becoming increasingly vague. That is why some psychiatrists advocate a ban on euthanasia for psychological suffering.

The March for Life asks:

E. Macron: the « right to abortion » must be inscribed in the Charter of Fundamental Rights of the European Union

On January 19, 2022, French President Macron called for "the right to abortion" to be inscribed in the Charter of Fundamental Rights of the European Union for the reason that it'd be a "European value".

The March for Life and CLARA Life in collaboration with the European organization One of Us asks: 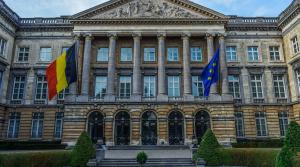 The story of a disastrous bill

As defenders of human life, for several months we have been following the progress of the bill tabled by various progressive parties in the fall, which provides for serious changes to the law on abortion, which deserve to be mentioned. From a... 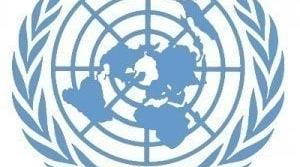 30 years UN Convention on the Rights of the Child

Exactly 30 years after the adoption of this UN Convention on the Rights of the Child, the Justice Committee of the Belgian Federal Parliament is debating the removal of any protection of unborn life. 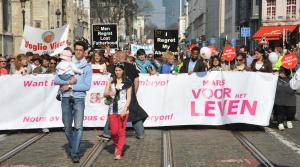 Time for a conscientious discussion about abortion

The vice-presidents of Mars for Life NPO do not want the period in which someone can have an abortion to be extended in our country from 12 to 18 weeks. The reason for their opinion is legislative proposals that have been submitted to the Chamber...