The story of a disastrous bill 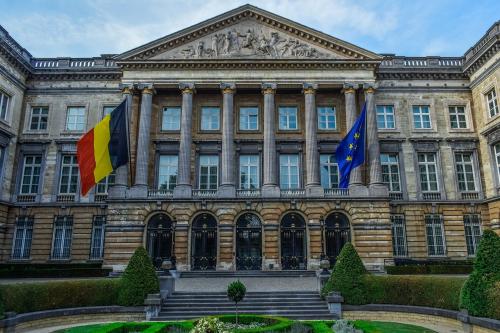 As defenders of human life, for several months we have been following the progress of the bill tabled by various progressive parties in the fall, which provides for serious changes to the law on abortion, which deserve to be mentioned. From a moral point of view, as a legal theory, the proposals are a disaster; the most discussed, namely the extension of the legal deadline from 12 to 18 weeks, is in fact even the least bad compared to the other planned adjustments. Here is an overview of the proposals and the latest developments.

(This article was written for Jeunes pour la Vie and was published on their website on July 24, 2020)

It gradually becomes one of the certainties in life; when the government is weakened, in current affairs or before a government is formed just after the elections, the left-liberal parties see their chance to get the legislation around so-called "ethical issues" as soon as possible - before there is a strong government. That was no different after the elections of 26 May 2019. In the months that followed, all leftist progressive parties introduced bills to amend abortion laws. This is remarkable because the abortion law was thoroughly reformed a year earlier in 2018. Then - under years of pressure from the opposition parties - the government partners reached an agreement to remove abortion from the Criminal Code, but with the retention of penalties for violations of the law, and the term was de facto extended by six days. After all, before the change of law, abortion had to take place before the end of the twelfth week of pregnancy, while after the change of law only the first consultation in an abortion center had to take place before the end of that twelfth week; the abortion itself, which may only take place after a reflection period of six days (the reflection period means that between the day of the first consultation in the abortion center, and the abortion procedure itself, there must be a minimum of six days), is still possible, since October 2018, to take place up to 12 weeks and six days of pregnancy, provided that the first consultation took place within the abortion period, which de facto extended the period by six days.

Since the new proposals after the 2019 elections differed in several areas, the parties presenting the proposals, which also had a majority in parliament, decided to meet together and - of course without any consultation with the other parties - to come to a mutual agreement. As a result, all the proposals were merged in November. What followed in the following months was a false debate.

The bill contains the following proposals:

The most discussed measure, namely the extension of the legal deadline, is only a fraction of what this proposal contains. At the end of 2019, the March for Life let experts talk about the content of these proposals (see www.marchforlife.be). The philosophy behind this proposed law calls for a radical change from abortion as a last resort to abortion as a human right, ordinary medical treatment. For example, health establishments are prohibited to ban abortions in their own institution (prohibition of collective conscience clauses). However, when abortion becomes a human right, the individual conscience clause does not make sense either, there is no conscientious objection to treat pneumonia or the flu.

The opposition in parliament and the veto of the CD&V

After the presentation of the bill followed a "thorough and comprehensive parliamentary debate", according to the progressive parties. However, there has never been more than a false debate in Parliament. The real debate took place behind the scenes of the pro-abortion parties to come up with a common proposal. What followed in Parliament was some discussion of the various positions; With the pro-abortion coalition having discussed the quality of this bill, the dangers of the proposals, presented by the opposition, were not heard.

The bill has been sent to the Council of State for legal advice. Naturally, an overall positive opinion was given. It is important to note that the Council gives legal advice and does not pass moral judgment. However, the bill does not necessarily contain legal problems - although there are - but mainly contains serious moral problems.

After the opinion of the Council of State, this bill was again discussed in Parliament. The CD&V, the N-VA and the CDH have tabled amendments aimed at restoring, among other things, the sanctions for the doctor in the bill and to prohibit abortion on the basis of the sex of the child (because the sex can be known from the 12th-13th week on the basis of the prenatal diagnostic test). By adding the votes of Vlaams Belang, these parties had enough votes to refer these amendments to the Council of State on June 22.

The bill then returned to Parliament where it was to be voted on on July 2. While trying to form a government formation, CD&V chairman Joachim Coens has repeatedly called abortion a breaking point. Internally, too, there is pressure not to sit around the table with parties that ignore CD&V's sensitivity to these ethical issues, demonstrating a complete lack of respect for the party. Joachim Coens had therefore agreed with the two leaders of the liberal parties, Egbert Lachaert (Open VLD) and Georges-Louis Bouchez (MR) with whom he is trying to form a government, that the bill would not yet be voted on in Parliament. When, on July 2, the president of the MR announced that he was giving his deputies "the freedom" to vote on the issue, thus breaking his word with Joachim Coens, the latter suspended discussions to form a government and threatened to withdraw definitely if there would be a vote. This threat was dismissed as the CD&V, N-VA and CDH again tabled amendments which were sent to the Council of State for opinion, again with the help of Vlaams Belang. Joachim Coens was able to restore the confidence of Georges-Louis Bouchez, no doubt specifying that the issue of abortion must end on the government table and that an alternative majority (in which certain government parties cooperate with opposition parties in order to form a majority in Parliament to pass the abortion law) will result in the removal of CD&V from the government.

Abortion as a sacrament

The signatory parties see abortion as their flagship, a bit like a sacrament. Moreover, if abortion becomes a human right, the 18 week limit no longer makes sense. We must stop this culture of death before we find ourselves in the same situation as in the United States, where abortions can occur for any reason, until birth.

Once again the "progressives" do not want progress at all. You could even say that the groups that are generally labeled "conservatives" are those who really want to make "progress". Progressives want change. With the changes they are proposing here, they are abandoning those in need. Is it moral to have to offer a pregnant person an abortion for up to 18 weeks - with all the psychological consequences that entails, and not to increase the real support?

A Culture of Life

As defenders of human life, we are compelled to act. Even if this law is passed in its current form, we must remain determined to react. The best way to do this is to really promote a culture of life. Either through our active engagement or through financial support, we can ensure that initiatives are put in place to truly help women in distress. Experience has shown that women close to despair and who enjoy real freedom by offering them all the options always choose Life. We can organize ourselves so that the girls and women involved come into contact with this help, we can make these organizations better known and supported.

It is particularly important now to oppose this bill. There is still time before the date of the vote. With the March for Life, we launched an action to address individual MPs in a short handwritten letter. You can participate by sending an e-mail to info@marchforlife.be. We will then send you more information and help on how best to participate. Opposition to this bill is growing; together, we can ensure that this bill is finally not adopted and that over time there can even be a real Culture of Life again.